It is undeniable that in recent years there has been an increase in the pressure on the agricultural industry from its numerous stakeholders, aside from the provision of traditional commodities: such as milk, meat, and eggs.

Politically, regarding Brexit and the development of ELMS (Environmental Land Management Schemes), the government has reiterated the importance of the provision of public goods.

Environmentally, with reference to the exponential issue of climate change, farmers are being pressured to focus on the maintenance of natural capital and the role of ecosystem services.

Furthermore, consumers are demanding an increasing input as to how their food is produced, in terms of ethics and environmental footprint.

At the heart of the relevant legislation and government objectives are the ‘3 jargon terms’, which are repeatedly thrown around: Ecosystem Services, Natural Capital and Public Goods.

Whilst each of these concepts are interlinked, Ecosystem Services are simply the services that our natural environment produces to benefit people.

Natural Capital, is essentially the worlds stocks of natural assets, and from a management perspective the coordination of these will ultimately result in the correct provision of public goods.

Public Goods are the non-commodity goods that farmers provide to the general public, and although this is the most commonly used term, there is a misconception that this is referencing the environmental benefits of effective management such as biodiversity and flood resistance. Whereas, in fact there is just as much prevalence on the socio-economic goods provided by agriculture such as: the provision of quality landscapes, public access, job provisions and access to education and recreation.

Essentially, the agricultural sector is witnessing the increased scope for capitalizing the non- market benefits produced by farms. Although, to most farmers this in not news, there is an increase in the uncertainty as to what action to take next.

Historically, where most farmers have reaped the benefits of the EU’s various CAP schemes, moving forward post Brexit, DEFRA remains vague as to the exact blueprints as to what ELMS will entail.

Looking outside of the box farmers have also been looking into utilising corporate carbon off setting schemes and agreements with energy producers, but further still these options have not yet offered the security farmers desire.

Whilst many farming businesses are currently waiting for an increased clarity of the opportunities available, it is arising that many are taking a proactive approach to the changing industry.

Within the land agency profession there is an increase in research into creating a coherent valuation methodology to put a numerical figure on the nonmarket amenities supplied by an agricultural holding.

Currently the main, and sometimes only, indicator for the quality of a holding is the soil grading. By having a market accepted method of valuing the public good resources within a holding, and the expected future financial inflows resulting from the resources, a more accurate valuation could be used. This would be to the benefit of both prospective buyers and sellers of land, as well as providing clarity to a murky and subjective area of Agriculture.

Although there has been significant progress in this area in recent years, it is still far from creating a comparative methodology to the RICS (Royal Institution for Chartered Surveyors) Red Book for Valuation, currently used for the valuation of land and property. The primary pitfalls are deciding on a consistent basis of value, the appropriate indicators and making it appropriate and comparable nationwide.

Forestry England: Another Generation of Accounts?

Traditionally, financial accounts provide agricultural businesses with their financial position, cashflow, profitability and changes in equity and therefore providing a detailed analysis of the primary income streams of a business. Organisations such as Forestry England have taken one step further in creating complementing: ‘Natural Capital Accounts’. They describe that their Natural Capital Accounts are a way for them to summarise and convey the societal benefits of their asset (the forests), based on their value to society and what people would be willing to pay for these benefits.

This is presented firstly by a ‘Balance sheet’ which shows the values of the ecosystem services provided by the forest based on the physical and monetary flow accounts. Secondly, the asset register lists all the habitats, resources, plants, animals, and infrastructure that is supported by the forests.

As a large organisation, Forestry England is undeniably under scrutiny from the general public for their relevance and value in society, hence the compilation of such a document. But the matter of corporate social responsibility as mentioned earlier is no longer just a concern of larger organizations but should be considered on a farm level, leading to the importance of farmers to be aware of both their contribution and impacts on society.

In the 21st Century, the agricultural industry is being brought in line with the corporate business world, which is driven by consumer demands, marketing, and money. Commercialised industries such as paper manufacturers advertise all the secondary environmental contributions and benefits from production such as the initiative advertising that for every tree felled in production, three more are planted.

This is where developing methods such as Public Goods Valuation and Natural Capital Accounting will have an important role to play, in conveying the benefits the agricultural industry provides to the general public. This information will need to be utilised to educate consumers as to what they are paying for when purchasing sustainably produced products, with the potential to allow farmers to capitalise on this moving forward. 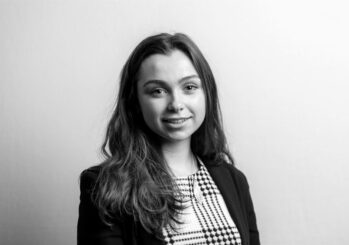 Chloe joined Evolution ABS in September 2020 after graduating from The Royal Agricultural University in July 2020, where she studied BSc (Hons) Rural Land Management.

Chloe is now working towards her ACCA qualification.

In her spare time Chloe enjoys helping out on her parents dairy and arable farms, and playing hockey.