Self-employed workers are offered a second and final grant

With the continued disruption to the UK economy due to the Coronavirus crisis, The Government has recently announced that the Self-Employment Income Support Scheme (SEISS) will pay out a second grant, worth 70% of monthly trading profits.

The second payment will again be paid out as a single instalment, covering the three months of June to August, capped at a maximum of £6,570.

The eligibility criteria is the same as the first grant, in that workers must confirm that their business has been adversely affected by Coronavirus and should not be claimed by those who have been unaffected.

However, those whose businesses were not initially impacted by the virus but are now adversely affected have the option of the second grant.

Individuals do not have to have claimed the first grant to be eligible for the second, and applications will open in late August. Self-employed workers can continue to apply for the first SEISS grant, which is up to 80% of average monthly trading profits capped at £7,500, until 13th July.

As previous stated, the grant should only be claimed by those with businesses that have been adversely affected by the crisis. Individuals who incorrectly make a claim are likely to see the grant taxed at a higher rate.

We are expecting further updates on this to be announced shortly.

The content of this article is for general information only and does not constitute tax advice. It should not be relied upon and action which could affect your business should not be taken without appropriate professional advice. 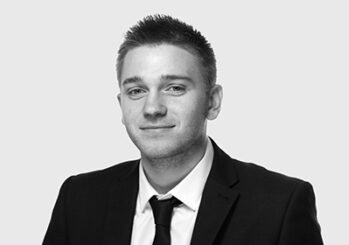 Growing up on a Dairy farm in East Devon, Callum joined Evolution ABS in 2010 and qualified as a Certified Chartered Accountant in 2015. Callum looks after a wide variety of clients, helping them meet their accountancy, payroll and tax needs.

Outside of work Callum is a very keen sportsman and particularly enjoys a game of golf or playing football for his local club.