As we enter a new national lockdown, the Chancellor of the Exchequer, Rishi Sunak, has announced further financial support to help individuals, families and businesses through the next few months.

Employers will have the flexibility to use the scheme for employees for any amount of time and shift pattern, including furloughing them full time. Neither the employer nor the employee needs to have previously claimed under the CJRS. Employers can claim for employees who were employed and on their PAYE payroll on 30 October 2020 and the employer must have made an RTI submission to HMRC between 20 March 2020 and 30 October 2020.

Employees who were employed and on the payroll on 23rd September 2020 and were made redundant or stopped working after this date can be re-employed and claimed for under the CJRS.

The CJRS will continue to operate in the same way as it has previously with employers being able to claim either shortly before, during or after running the payroll. Claims should be submitted by day 14 of the following month.

The SEISS will be extended to support individuals who are self employed and experiencing reduced demand or unable to trade because of Coronavirus. The grant will be 80% of trading profits covering November to January. It is calculated based on 80% of 3 months average trading profits, paid out in a single instalment capped at £7,500.

The window for claiming the grant will open on 30 November and HMRC plan to pay the grant before Christmas. A further grant for February to April has also been confirmed with further details in due course. 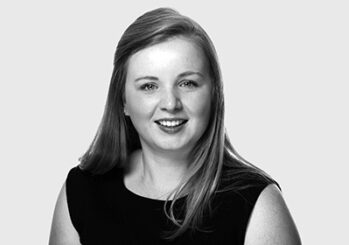 Alice joined Evolution ABS in July 2013 after completing her A Levels at the Woodroffe School. She has completed her AAT with Richard Huish College, and was nominated for higher apprentice of the year in Somerset and finished in the top 3. Alice has passed all of her ACCA exams and officially qualified in May 2018, since this, Alice has now completed her Payroll Technician Certificate and oversees our payroll department.

In her spare time, she is an active member of Axminster Young Farmers, and enjoys being in the countryside and walking her two dogs. She also enjoys helping her family and her fiancé on their dairy farms in East Devon.